On September 29, 1958, a founding meeting was held to develop a Unitarian group in the Lakehead. Rev. Philip Petursson, Minister of the Winnipeg church, and the Field Service Officer for Western Canada, held the first formal service in the Odd Fellows Hall in Port Arthur on November 6, 1958. On January 7,1959  the group received its charter as The Unitarian Fellowship of Port Arthur – Fort William, Ontario from American Unitarian Association headquarters in Boston. Immediately and permanently the group was called Lakehead Unitarian Fellowship (LUF). The merger of Unitarian and Universalist denominations in 1961 created the Unitarian Universalist Association (UUA), with the offshoot Canadian Unitarian Council (CUC) that became independent in 2001.

From 1959 to 1963, members met in rented quarters and private homes while pursuing a permanent location. The 64 members considered five options: buy land and erect a building, buy land and wait, buy an existing building, rent a permanent facility, and/or hire a minister. By April 1964, the members investigated the cost of available lots and prepared sketches of a permanent building to accommodate 180 persons with Religious Education space for 100 participants. This early optimism faded and it was only in 1984 that LUF acquired its current home. Members of LUF did become active in such areas as the Unitarian Service Committee (now USC Canada) and the Memorial Society which challenged the monopoly of funeral homes.

In 1961, the Unitarian Universalist Association (UUA) was created from the merger of the American Unitarian Association and Universalist Church of America. The Canadian Unitarian Council (CUC) was formed as part of the UUA. By 2001, the CUC became independent of the UUA. Ken Morrison was a member of the CUC Board in 1970, and introduced the idea of chaplains (later lay chaplains), which has been a unique feature of the CUC. With a shortage of UU ministers, lay persons are trained to perform life passage ceremonies.

The 1970s were a difficult time for LUF as services were reduced and the group nearly folded but thought of giving up got people to try again to keep going. Past president Shirley Brougham agreed to return as president, if others would accept definite responsibilities, with the focus on suitable accommodation and regular Sunday services.

By 1983 there were only 30 members and it was difficult to find an executive. However, that fall things looked up. On December 11, LUF voted to purchase the Finnish Pentecostal Church (built 1937) at 129 S. Algoma St. and voted to incorporate. Members took possession in January 1984, worked on the building for the next few months, and then opened for services every Sunday. This marked a huge change in the fortunes of the fellowship.

By 1986 LUF was able to host the CUC Annual conference and Meeting. This happened again in 1997 and 2009 for the 50th Anniversary.. After several years of workshops, LUF received formal designation as a Welcoming Congregation in 1995. This was renewed in 2011.

The first Empty Bowls/Caring Hearts fundraiser for Shelter House and Thunder Bay Food Bank was held October 29, 2000 at Wesley United Church with 150 in attendance. This event continues to the present though now at the Moose Hall.

Though largely lay-led, LUF has had a number of visiting and consulting ministers over the years. Since 2011, Rev. Suzanne Wasilczuk has made monthly visits from Duluth, though she will be retiring in December 2019. In 2018 we took on an eight-week series of workshops on Truth Healing and Reconciliation, and continue to explore this issue. In the 60th anniversary year of 2019, a somewhat reduced number of members continued to be a beacon of liberal religious community, working to grow in spirit, nurture inclusive relationships, and act for a just and sustainable world.

In 2021, following a lengthy process, LUF Sold their long-time home at 129 S. Algoma Street. The congregation has made a temporary home at 1265 Arthur St. E. where services are held on the 4th floor.

(Thanks to Del Dickey for much of the material in this brief history.)

It was 1964. I was taking my very first part-time course at Lakehead University (with the infamous Ronald McDonald, I might add). I heard about this liberal religious group from another student who was already attending this fellowship. But beyond my own Sunday School days, I had not attended any church and had no intentions of doing so for myself – but now I had a baby and a two-year-old. I knew the time was soon coming when they would benefit by learning about religion so that they could accept or reject any religious beliefs having had at least some background of learning and experiencing our country’s religious culture.

It was also important to me that I would take them – not just send them to a church. When I learned that I would not have to endure dogmatic thinking within the adult group and that my children would have the added benefit of learning about other religions, I knew we were all going to be where we belonged.

It seems strange now that during my family’s first twenty years with the fellowship, we had no permanent meeting place. We met in one of Con College’s now satellite buildings on William Street, in a high school auditorium, and in a few other places before we landed permanently here at 129 South Algoma Street around 1985.

I hope to tell you more about my points of view and experiences in those years before and after Unitarian House came to be. Perhaps a few articles in our upcoming newsletters will cover the territory. Many thanks to David Belrose and to all others who made today’s special event happen.

I speak to you today regarding our dad, Bob Morgan’s, many years of involvement with LUF. Sadly, he could not be here today. So my brother and I are happy to accept this award on his behalf. I suspect Dad’s involvement in LUF was due, in large part, to our mother … dad would have rather gone skiing.

I recall Sundays spent at LUF Sunday school with the Southcott, Pylypiw, and Morrison families, to name a few. My brother recalls a time when at a LUF Christmas party he received a gift not to his liking and our mother was not too pleased. I imagine her pointing a finger at the picture of the Biafran child that hung in our kitchen and giving my brother a lesson in gratitude.

Many BBQ’s, or rather, “Board Meetings” were had at Mom and Dad’s place around the pool and lifelong friendships were made. The inukshuk that the Brumpton’s made stood proudly for many years directing the water truck guy where to put the water until he backed over it. Not to worry I have all the pieces and am currently seeking a perfect spot for it. Also, the Maple tree that LUF planted there is absolutely stunning.

So, LUF has had a profound effect on our family and we thank you for this recognition, Dad will be thrilled. Thank you very much.

I’ve been encouraged to tell of my 50 years as a Unitarian as my husband’s job meant we moved. It was in the 1950’s that we joined the Montreal church. In Welland, Ontario we travelled to the Buffalo, NY church. We were mailed ‘sermons and RE from the Church of the Larger
Fellowship while living in Sioux Lookout.

On to the Lakehead in 1966. LUF was meeting at what was then Gron Morgan High School. A year later I was elected Secretary to the Board. No office, so I typed the weekly programme at home and fed it into their ancient Gestetner, by hand, one sheet at a time.

We sang hymns to tunes recorded by Peter Hennessy before he moved to Kingston. Following the service, the discussion seemed to revolve around politics most of the time. I remember hearing that  LUF was the NDP at prayer. Discouraged we left.

The Victoria BC church when on vacation. The final experience was at the Ottawa church. On returning to Thunder Bay in 1988, LUF had already purchased the present building and we re-joined. Since my husband’s death, it has given me friendships, support, and inspiration in talks and especially hymns, without having to totally abandon my Christian roots. Outreach was running the Saturday Bridge Club with the help of Del Dickey and Shirley Brougham for at least 12 years. Money raised was donated to LUF.

Unitarianism, and Lakehead Unitarian Fellowship in particular, has played a very important part in my life and in that of my son, Bruce, also. Much has changed over 50 years at L.U.F. In 1992, at the end of August, the last official act Bruce performed as a lay chaplain for the Lakehead Unitarian Fellowship was to marry his mother to Dr. Ernst Zimmerman, here at L.U.F.

When my son, Bruce and his father Jim, and I moved to Port Arthur in 1967, from Kingston, Ontario, before we bought a house, I wanted to know if we had a Unitarian Church in Port Arthur. Checking in the phone book I found a Unitarian listing and when I called the number, I had a friendly voice on the phone and it turned out to be Del Dickey. She was very helpful and well-informed and the Leaman family began attending the Lakehead Unitarian Fellowship, then located in Gron Morgan High School.

View our President’s Letter as we look to map our future.

Please note that LUF is now located at #709, 1265 Arthur St. E, and services are held in the Superior View Boardroom on the 4th floor.

For information please contact the Fellowship Office at 807-344-5980 or lufship@tbaytel.net.

We welcome you to join us for another fantastic outdoor intergenerational & family get-together, in the spirit of the season […] 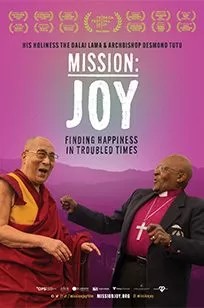 As December’s theme is Joy, LUF is glad to present the screening of the popular documentary, Mission: JOY.  This film […] 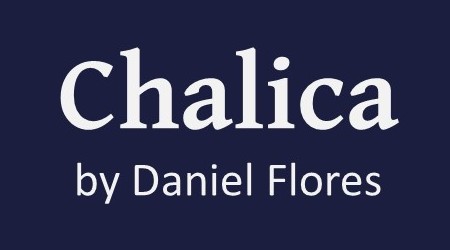